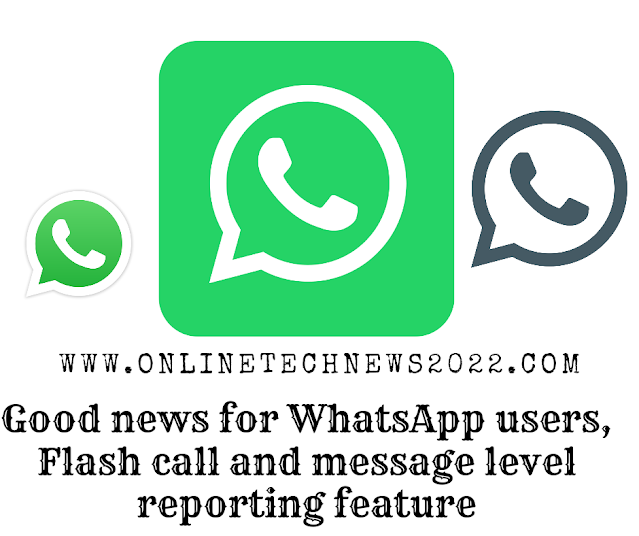 WhatsApp has introduced two new safety features called Flash Call and Message Level Reporting for the satisfaction of the users.  In this case, the Flash Call feature will act as an alternative to sign-in message verification on the instant messaging platform, while the next feature will help users flag specific messages and report accounts.  According to WhatsApp, a platform owned by Meta, they have brought two features to protect the user experience and they will work in tandem with the company's end-to-end encryption, sharing privacy, fingerprint lock and other safety features.
WhatsApp launches Flash call and Message level reporting feature
As I said at the outset, the Flash Call and Message Level Reporting feature is just one step towards making WhatsApp more secure!  The Flash Call option will allow users to verify phone numbers via automatic calls (like Truecaller) when opening or re-installing a new WhatsApp account.  This means that you can now sign in / up on the platform without the default SMS verification option.
Similarly, for message level reporting, WhatsApp users can now report or block an account by flagging a specific message.  All you have to do is press and hold a certain message for a long time.  In that case, there is no doubt that some more WhatsApp accounts will be banned in the future!
Note that other security features introduced by WhatsApp include account (profile photo, last scene, etc.) privacy settings, disappearing messages, end-to-end encryption, etc.  The company also offers a security feature called two-factor authentication, which enables the account to be hacked if enabled.
TAGS:
whatsapp | Whatsapp Flash call message features | WhatsApp gets two new security features | WhatsApp level reporting features | Whatsapp Update |